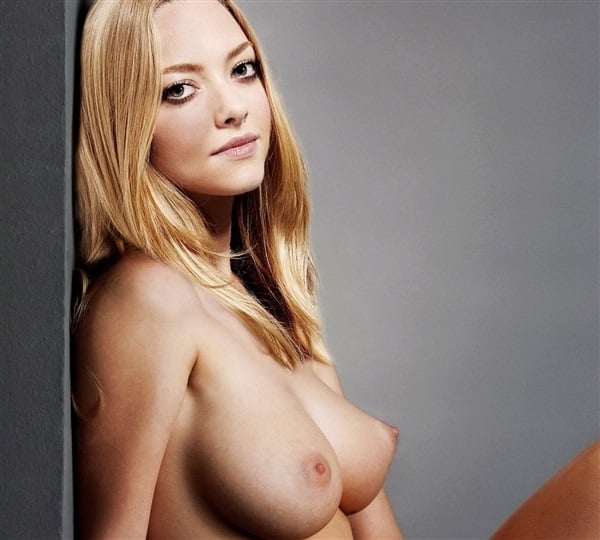 “Mean Girls” and “Dear John” star Amanda Seyfried gets topless on stage while performing in the new Broadway play “The Way We Get By”. As you can see in the video below, in this play Amanda is a sassed-mouthed little slut who throws a temper tantrum in which she takes off her shirt and flashes her shameful breasts.

It is just fortunate that the emasculated infidel male who Amanda Seyfried is arguing with in this scene wasn’t man enough to stop her before she showed her titties. Of course if it were a Muslim man in this play this scene would have been completely different, for we don’t tolerate any back talk from women and we certainly don’t quietly suffer the sight of their breast meat.

Yes if this play was halal, the way Amanda Seyfried would “get by”, would be on her hands and knees crawling around on the ground picking up her teeth after daring to throw this hissy titty fit.