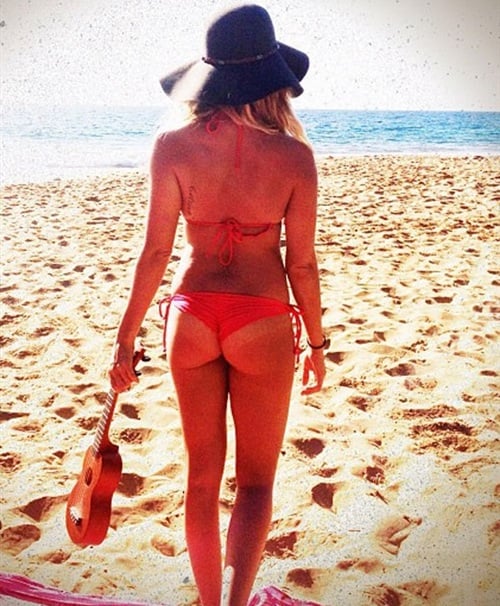 Former Disney star and current butterface Ashley Tisdale shows off her ass in the thong bikini pic above.

If ever there was an infidel woman that would benefit from the niqab (veil) it would be Ashley Tisdale, as she has the face of a smarmy Jew, but the tight body of ditch digging Muslim woman.

However, even if Ashley Tisdale wore the niqab us Muslim men would still not lay with her as she was a former Disney child star, so she can not help but constantly prostitute her shameful body for attention.