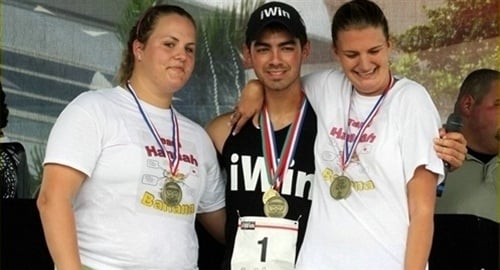 Joe Jonas shocked spectators at the Special Olympics by competing in every event until he finally won a medal in the coloring within the lines competition.

Why Joe Jonas was even allowed to compete at the Special Olympics is beyond me, but rumor has it that he may have forged documents and bribed Olympic officials.

Upon winning his coloring Special Olympics medal Joe Jonas reportedly shouted a string of obscenities to the competitors, and told them all to “suck it”. Joe Jonas then proceeded to take a few victory laps around the stadium proclaiming “I’m a big man!” and “I’m the best in the world! Whoo!” Joe also put on an “iWin” t-shirt and hat to further mock his vanquished opponents.

Joe Jonas should be ashamed of himself for competing against these mongrels. The Qur’an is very clear that those who are abnormal should be shunned, not competed against to increase your feeling superiority. Shame on you Joe Jonas!