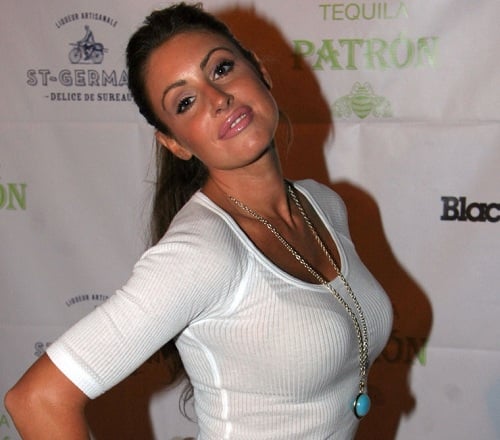 Rachel Uchitel, noted home wrecker and queen of the Tiger Woods harem, has joined the cast of “Extra” as a special correspondent whorespondent. Uchitel’s stint on the celebrity-news show will consist primarily of interviews, although one could imagine she may end up servicing the show’s producers as well, provided they are married.

Only in America (and probably South America, Europe, and parts of Asia, Africa and Australia) could a tramp like this parlay adultery into a job. From Monica Lewinsky to Ashley Dupre to Jay Leno, Uchitel joins the growing list of celebrities who have had to suck off a married man to get on TV.

I wish I was back in Saudi Arabia, where one gets ahead through persistence and hard work, the result of which can be used to purchase camels and young prepubescent Sudanese boys with which to bribe the local chieftains or clerics.