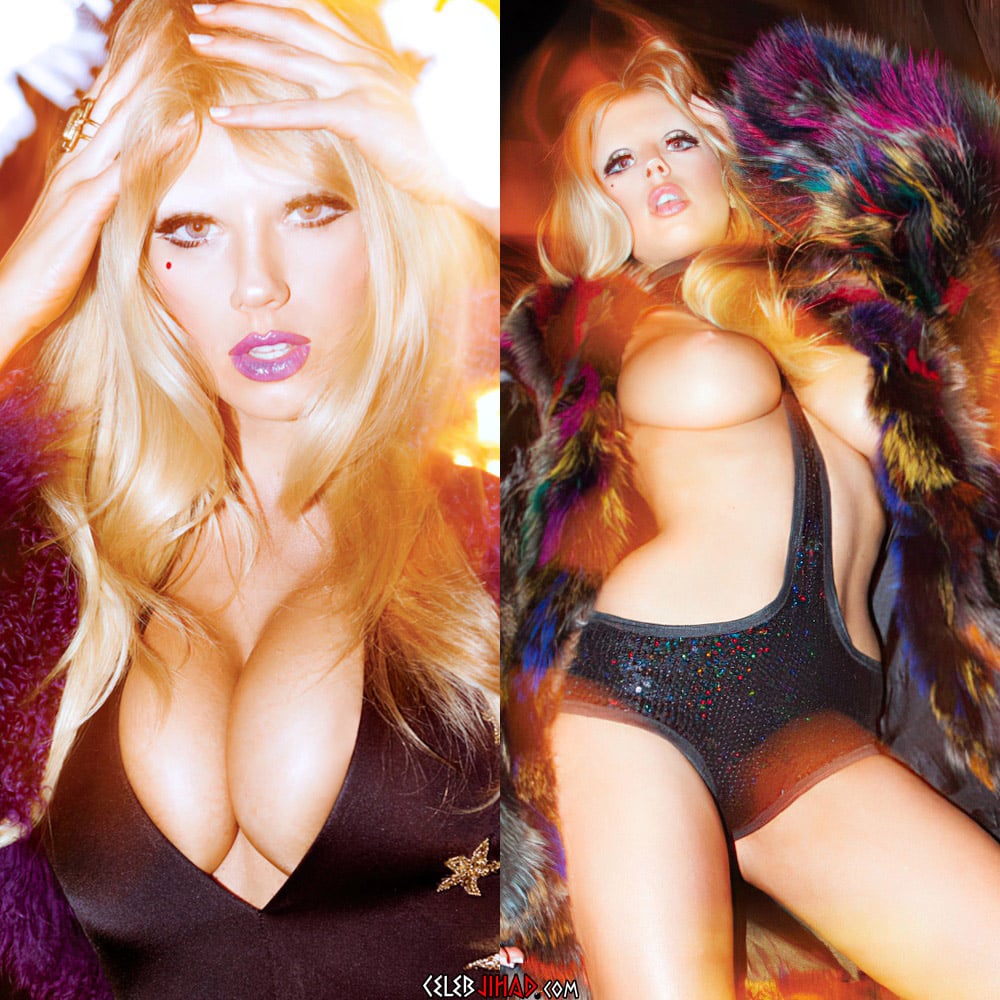 Model Charlotte McKinney’s naked outtake photo above has just been uncovered and released online… As you can see this topless pic comes from before Charlotte decided to chop off her bulbous boobies… In what can only be described as one of the dumbest career moves in history.

For before Charlotte mutilated her massive mammaries she was on the fast track to becoming the next busty blonde bombshell star in the infidel West.

Sadly for Charlotte, after she squandered her immense titty talents she is now nothing but a cautionary tale for other bosomy babes to not undervalue their udders… However with that said, she did leave us with an extensive collection of nude pics to appreciate her magnificent milk sacks in their prime (as you can see in the gallery below).