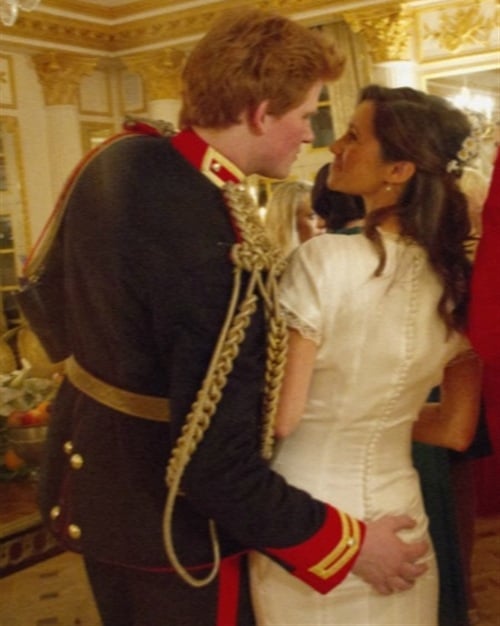 A scandalous photo has just leaked which appears to show Prince Harry fondling his new sister-in-law Pippa Middleton at the royal wedding of his brother William to Pippa’s sister Kate.

As you can clearly see in the photo above Prince Harry is grabbing Pippa’s butt with a “lets go screw in the bathroom” look on his face. For her part Pippa looks pleased with the prospect of dirty wedding bathroom sex with her newest relative.

Of course Harry did nothing wrong in banging Pippa for it is his right. Under Sharia law when a clan of good standing like the British Royal family allows a son (Prince William) to marry a woman who is beneath him (Kate Middleton), all the females from the woman’s family become their sexual property.

In fact I wouldn’t be at all surprised if William and Harry’s father Prince Charles gave Kate and Pippa’s mother a jolly good rogering as well.