Selena Gomez Lets Her Tits Out In Paris 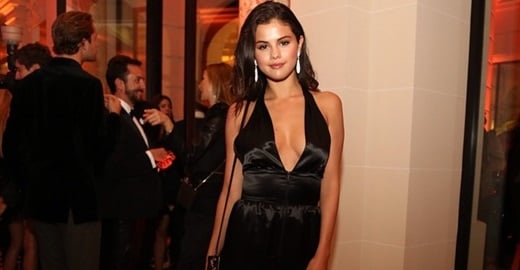 Selena Gomez lets her tits hangout while wearing no bra and a extremely low cut lesbo pants suit to a fancy party in Paris in the photos below.

As a celebrity of Mexican decent, Selena Gomez is often invited to attend the classiest parties in the world. Though of course Selena’s invitation to these events is contingent upon her serving the hors d’oeuvres and freshening the toilets. However, every once and a while a party planner makes the mistake of actually inviting Selena as one of the guests, and she always manages to trashy up the affair as only a Mexican skank can.

As you can see in these photos, Selena Gomez has once again ruined a chic party by sloppily prostituting her rapidly sagging tit meat. Selena is just lucky this was in France, a country of impotent homoqueers who are as laissez-faire with their moral standards as they are with who they allow into their country (Sub-Saharan Africans) and their anuses (Sub-Saharan Africans).