Who’d You Rather Stone: Demi, Selena, Or Victoria 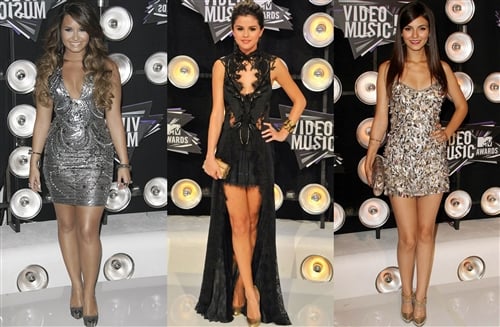 Young Hollywood was out in full force at the 2011 MTV Video Music Awards this weekend. What started out as an award show celebrating really really crappy music, quickly degraded into an old fashioned whore-off between teen stars Demi Lovato, Selena Gomez, and Victoria Justice.

We thought it would be fun to see who our readers would most like to stone. So, if you were only allowed to participate in one stoning, who would you stone, Demi Lovato, Selena Gomez, or Victoria Justice?